A cheap tool for the electronics tinkerer

An oscilloscope is a nice to have tool for someone tinkering with electronics and properly a necessity for a serious electronics engineer.  I am definitely the former - but I did at one stage acquire a traditional CRT based oscilloscope.  However this is a big beast, seldom used, and lives in a cupboard in my cave.  I really just don’t have the bench real estate to have it on display.  Recently I have seen LCD digital scopes which are much more compact, but they have a hefty price tag.

Enter Banggood!  They are selling a small lcd oscilloscope for around £16 made by JYE Tech.  Here is what is was like to build.

I’ve previously ordered a component tester, which although works well came as bare, contracted boards with no case.  I needed to find one on thingyverse to print.  The JYE Tech scope was very different. When it arrived I was please to see it came in a nice little white box.  Opening that there was a compact set of test leads, with a BNC on one end and croc clips on the other.

There were three circuits boards in the box, and these, thankfully had been pre-populated with the surface mount chips. The boards were neatly packed in anti static envelopes, and at the bottom of the box was a very well made abs case in which hid a bag of components.  The box also contained two full colour, double sided sheets of instructions.

This was not like any of the kits that I have received from china previously.  This is a well thought out kit with decent packaging and directions.

The instructions are in clearly marked steps with photos of the board you are working on.  I would suggest that you have a good look at the photos provided as they give clues as to how to build this without mistakes.  Have a look at my build video below as well if you are going to get one of these so that you don’t make the same mistakes as me, which were largely to do with deciding which side of the board to mount the components on.

Although I summarise the build on this post, you can watch me bumbling through it on the LONG video below:

For your delectation, here are the mistakes I made whilst building it:

You should use the small screws to connect the board as above, saving the large ones for securing the case together.

The scope looks and feels really nice once built, and feels like a small quality product.  I may write about some other tinkerings with it at some point, but it seems like a very cheap addition to your tools if you are like me, tinkering with electronics. 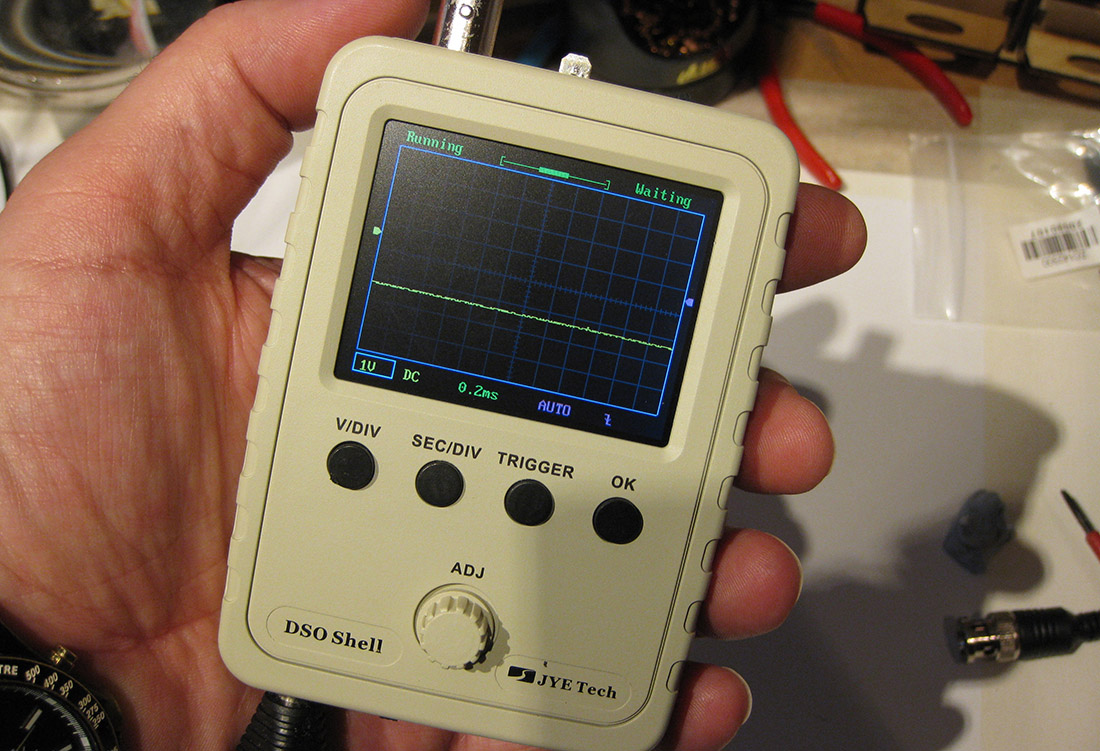 You can buy this kit from Banggood here:

Finally - although my old scope was a dual beam version, the DSO150 wins hands down when it comes to workbench real estate: 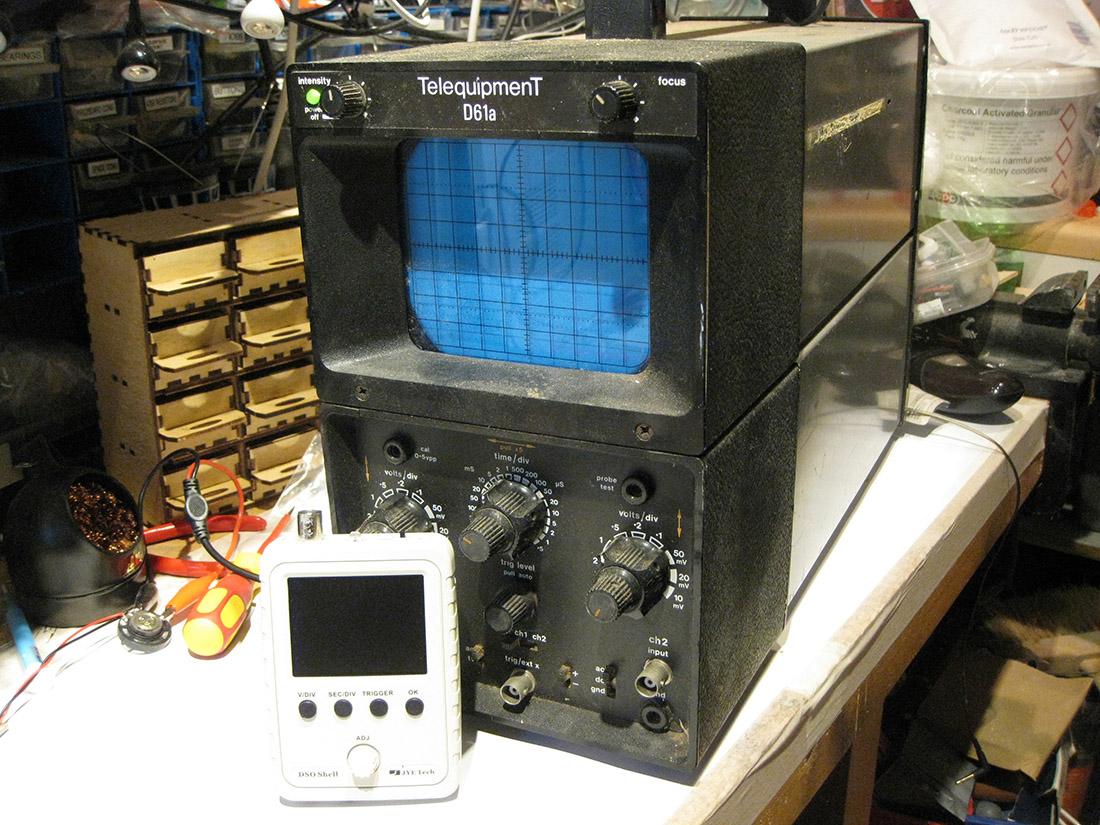