A fascination with HDR

Is HDR photography comparible to the film experience? 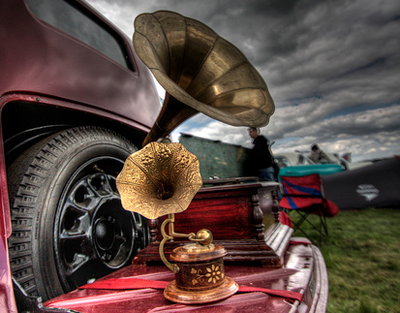 HDR (High Dynamic Range) imaging first appealed to me when I was slapped in the face by a picture by Dave Hill. Although it had loads of post processing I was just amazed at the look of the photo.

The principle behind HDR is that you take several photographs of an image, all at different exposures, so that you capture more of the detail with the camera that your eye sees in real life. Normally if you photograph the sky, the landscape can look quite dark, and if you expose the image for the landscape, the sky can look very white and over exposed. Several photos taken at the same time, 'Bracketed,' capture the detail in the scene. Then you use a program back at the computer to stitch these photos together into one image. The program aligns and blends the images together and shows more details in the shadows and more details in the highlights, like in my photo above.

At CES recently, several more camera manufacturers have added 'In camera HDR,' and even the iPhone does it now. And it was this that got me thinking about writing this article and why I liked HDR and why doing it in camera spoilt it.

Not too long ago taking photos was expensive. You bought this chemical covered plastic, put it in the camera, and every time you exposed a frame there was a cost associated with it, both with developing and printing the images. So generally, the average user didn't take many pictures, and when they received their printed photos, at further expense, it could have been several months since they took them. The photo envelope was opened eagerly, and although half of the photos probably didn't turn out, sometimes you were surprised by some of them

But now we take a photo, and look at the screen, and choose whether to delete or keep that photo in a moment. We have lost the excitement of receiving the memory of something that we saw months or years before.

But HDR has bought that excitement back to me. I take several images like this:

And on a stand alone level there is nothing special about these images. But then I move on and take some more. But when I get home and put them into the HDR software, something magical happens. The software sits there for a few minutes 'developing' the image, and suddenly I am rewarded with something special, like the image of the car below. 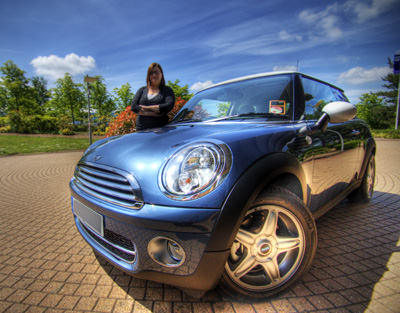 And this is why I like HDR so much - it adds a delay and produces something unexpected. It makes this part of photography special again, just like opening your prints back from the minilab.

In camera HDR may be of use to some people, but it takes something away from my enjoyment of taking photos. So I'm still going to bracket and post-process at home again. Just like the old days - but cheaper.