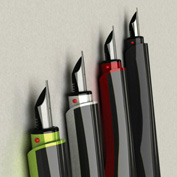 The last couple of days I have felt like writing something. But its so long since I have updated this site that I almost feel embarrassed doing it. I have so many more important things to do now. Things that I have to do and things that I want to do, as well as responsibilities I have. I used to have the sort of job where I had quite a bit of free time every so often, and yet now I don't. But the other day I realised that I do have about an hour each week where I usually have my laptop but dont have much else to do. So today I thought I'd write something for the site. Its strange really. Its not that many people will read this, and I probably don't want them to really. Maybe its just for posterity.. Which is also strange. Maybe one day I will look back at this and see what I was doing when I wrote this. Probably though, if at some point in the future I feel like looking at this, this site, my server, the datacentre and the domain name will probably be long gone..

Its strange how I get the urge to write. I wrote my two books, and years before, as most people do, I started writing a novel. I've written a couple of short stories as well. But I don't really know WHY I suddenly want to write. I was listening to the Mighty Mur on my cycle back from work today. Ok, so the podcast is called 'I should be writing' so I shouldn't really be surprised that it made me want to write. It wasn't that that was strange though, it was that lots and lots of ideas about WHAT to write were flooding into my head while I was listening. And one of those ideas, of which I have committed several to paper now, was about posterity and how I viewed it. Do I want to remember now? Or in the future, will I have so many better things to do with the time I'm given?